As a result, their content is manipulated and both ediBOX and eBiss can’t read and process the messages anymore. Instead, they show with cryptic characters in the MessageEditor (see screenshots below).

The ediBOX was the first EDI converter software by Pranke and is still used actively at some customers, even though development has been discontinued. However, as the messages are being manipulated “before” the ediBOX import anyway, a software update would not resolve this problem at all anyway.

If we have news on this problem and/or a solution, this post will be updated. 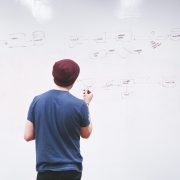